Many young people will come to conclusions about their sexual orientation and gender identity during their teenage years. This is during a time of already immense change.
In a world which still views being heterosexual as ‘normal’, gender as being the same as the biological sex you were born with, and anything else as ‘different’, coming out can really add to the pressure and anxiety that young people feel.

The increased risk of poor mental health and being LGBTQ+ is well documented. Being LGBTQ+ doesn’t cause these problems. But some things LGBTQ+ people go through can affect their mental health, such as discrimination, homophobia or transphobia, social isolation, rejection, and difficult experiences of coming out.

Embracing being LGBTQ+ can have a positive impact on someone’s wellbeing. It might mean they have more confidence, a sense of belonging to a community, feelings of relief and self-acceptance, and better relationships with friends and family.

In response to these issues Chosen Hill School is aiming to become a positive LGBTQ+ inclusion school. To help us achieve this goal we are excited to announce that we have enrolled on the Rainbow Flag Award. This is a quality assured whole school approach framework towards LGBTQ+ inclusion, as well as developing strategies to effectively challenge and combat LGBTQ+ phobic bullying. It is aimed at improving the lives of all the young people within the school, as well as the LGBTQ+ young people in our care, those from LGBTQ+ families, and LGBTQ+ staff members.

"Coming out" is a lifelong journey of understanding, acknowledging and sharing one's gender identity and/or sexual orientation with others. It may be quick and easy for some, or longer and more difficult for others.

It is important for parents of lesbian, gay, bisexual, transgender, and questioning (LGBTQ) teens to remember each child is unique and will have their own experiences and feelings along the way.

At Chosen Hill School we feel that it is important to value, celebrate and be inclusive of everyone, regardless of their identity, diversity, or background. We believe that every student should be accepted for who they are, and encouraged to embrace this, and not made to feel awkward about it. PRISM is our student led LGBTQ+ support group. It focuses primarily on helping LGBTQ+ students find their own voice and increase their confidence levels. Students who are allies are more than welcome in the club and are appreciated in the community as well. As long as students are respectful and understanding, they are welcome.

As with any club at Chosen Hill School, PRISM has aims. These are shared below -

PRISM is held every Friday lunchtime in the quiet room which is in the library. Feel free to drop in at any point over lunch.

Pronouns have become a big thing, so let’s talk about them. There are many different types of gender, not just the two we tend to box people into – male/female. Genderfluid is an example of a type of gender. A gender fluid person switches their gender depending on how they feel each day/hour.

Humans have paired gender to pronouns for easy grouping/sorting of people. Pronouns are words used to refer to a person’s gender in conversation - for example, ‘he/him’ or ‘she/her’. Referring to a person in this way only considers the male/female gender, and not those that fit into different genders. To take into account different genders, some people may prefer others to refer to them in gender neutral language and use pronouns such as they/their and ze/zir.

Agender: a person who does not identify with any gender or assigns themselves no gender.

Asexual: the feeling of little to no sexual attraction towards people.

Aromantic: a person who has no desire for romantic relationships.

Bisexual: people who are attracted to people of male and female sexuality.

Cisgender: a person who does identify as the gender they were assigned at birth.

Deadname: a term used when you use a trans/gender neutral person’s birth/old name.

Gay: men who are attracted to other men; sometimes also used to describe lesbian and gay sexuality in general.

Gender: how a person refers to themselves in the way they feel and behave.

Heterosexual: a person who is attracted to the opposite gender.

Homosexual: a person attracted to another person who is the same sex as them.

Lesbian: women who are attracted to other women.

LGBTQ+: acronym for Lesbian, Gay, Bisexual, Trans, Queer/Questioning, Plus (any other sexuality/ gender).

Nonbinary: a person who does not identify as male/female. Usually uses they/them pronouns.

Pansexual: Attracted to anyone regardless of their sex or gender identity.

Queer: a term used by those wanting to reject specific labels of romantic/sexual orientation and/or gender identity.

Questioning: a term used when a person is questioning their identity in either their gender and/or sexuality.

Trans/transgender: a person who does not identify with the gender they were assigned with at birth.

Sexuality: The sex that a person is biologically born with – male or female.

Sexual orientation: this refers to who you are attracted to and want to have a relationship with. 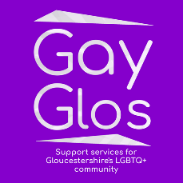 Gay Glos
https://www.gayglos.org/
We provide support for people of any age who have concerns about issues in relation to their sexual orientation or gender identity, their families and friends. We also run a youth group for people aged 14-18.
Tel: 07903 472899
Email: admin@gayglos.org 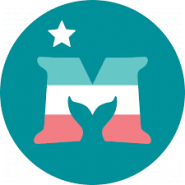 FFLAG
https://www.fflag.org.uk/
We are a national voluntary organisation and charity dedicated to supporting families and their LGBT+ loved ones.
Tel: 0300 688 0368